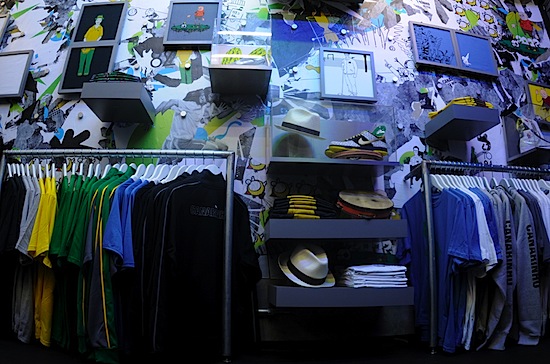 You’re getting the first look at Nike Sportswear in Brazil’s new pop-up store Canarinho in the Gallery of Rock in Sao Paulo and its accompanying Brazilian-produced line. Gallery of Rock is a multi-story behemoth of stores in the city’s decadent downtown dedicated to Brazilian alternative culture, from hip-hop to cosplay, so they couldn’t have picked a more appropriate place to launch the colorful boutique. Named after the pet name Brazilians gave to their national soccer team during the World Cup in which they wore yellow jerseys for the first time, the collection features local artists Don Torelly, Presto and Jurubis, whose takes are fun, animated visions on the classic Blazers and Dunk Lows, plus tees. Eduardo Saretta from Choque Cultural put together the creative team. See more photos after the jump, and if you gotta get your hands on these surely limited editions, hit up Maze in Sao Paulo. 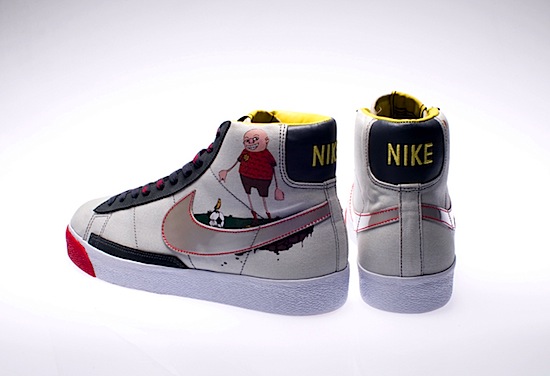 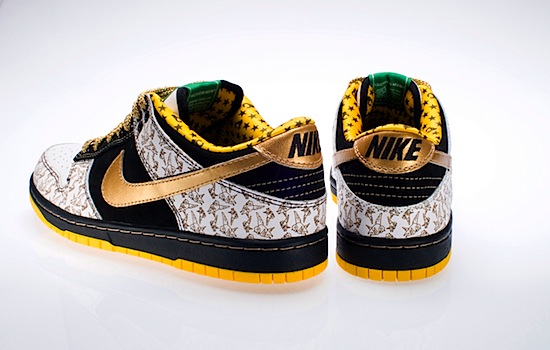 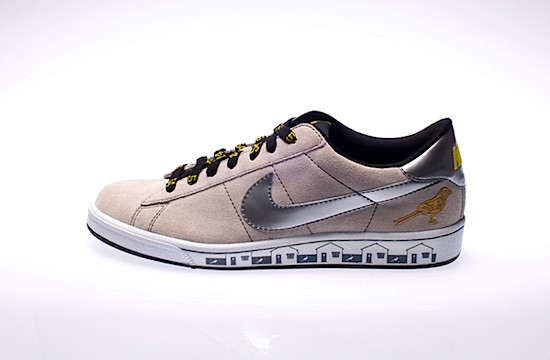 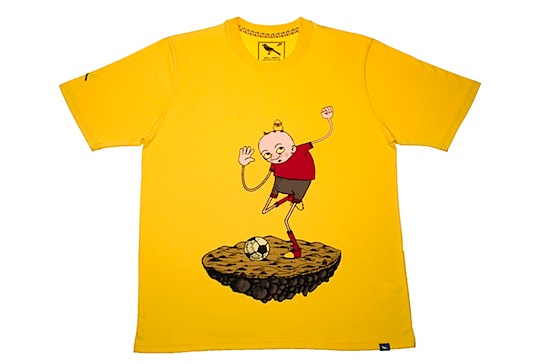