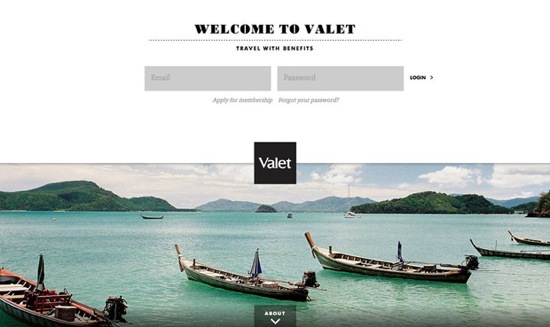 The concept is pretty simple. As readers of this site know I spent the last few years traveling around the world living in and out of hotels in more than 20 countries. I noticed two things that I wanted to turn into a product I could sell.

The first was that most great hotels were willing to part with some of their normal rate and give me a break as a creative professional, an online influencer, a writer, and an entrepreneur. I thought, wow, would they do that for other people like me?  I found inspiration within other businesses I saw that were exploring this model and breaking away from the standard online travel agent business.

The second part was that in all these new cities I went to, I found finding basic intel about where the design-centric crowd gets their coffee or spends their time incredibly tricky. There are a myriad of sites you can search, but most of the time I’d end up on Twitter asking who has tips for XYZ foreign city. So, I started to tap my local friends and influential types in different places to see if they would be willing to share their favorites with a closed group of people– and the answer was an overwhelming yes.

We launched with city guides in two cities, New York and Tokyo (I write this from Japan). More than 130 places in New York and 40 (and growing as I write this) in Japan. I tapped people from all different walks of life to be curators. We launched with about 80 hotel partners that gave 10-20% and sometimes much more off their normal rack rates to us. Some of the deals are exceptional, some of them are okay and will be getting much better. I knew I had to start somewhere.

I also knew this was a product I had to charge real money for, and keep gated behind an application process to protect the partnerships and the curators from too much exposure.

This is totally 1.0. Many more hotels are coming and many city guides will follow. Tread softly, be nice and send feedback.  We have big plans for exploring what the 21st century travel agent might look like.

This wouldn’t have been possible without my partner in crime Aaron Rutledge, the incredible design duo Ian Coyle and Duane King, and identity master Takashi Kusui, as well as a few other people who were working behind the scenes to get this going. You know who you are.

If you signup, put down you’re a reader of my site in your ‘Facts’ and I’ll do my best to get you in faster.