This Post is Brought to you by Onitsuka Tiger

In 2010 artist Takayuki Akachi travelled around the world to 50 countries documenting how a pair of jeans fade, and in the process documented an incredible diverse look at global culture– that project gained notoriety and became known as the Traveling Denim Project, literally seen by tens of thousands of people.

For his latest project, Onitsuka Tiger sent him around the world to document the many steps of man, woman, and child. Check it out above and then read on to our interview with Takayuki! 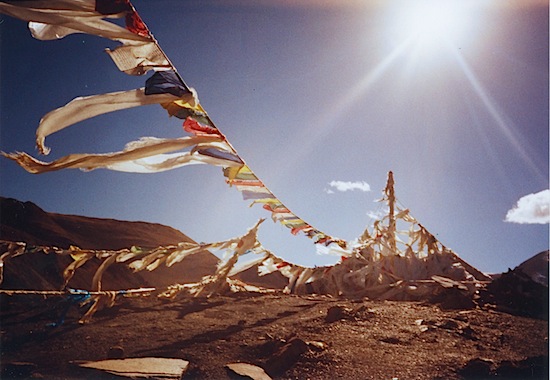 “My main purpose is to express the world of 6.7 billion people by the film. So I’m really trying to record as many people as possible…” –Takayuki Akachi

Josh Spear: You’ve worked for literally dozens of clients from Panasonic to NTT Docomo, from Pocky to Canon– and now, of course this video piece for Onitsuka. Do you feel constrained working for brands, or do they help you create your best work?

Takayuki Akachi: I’m always thinking of the ideas to create a touching piece. I think that the client work in Japan is like a team production around the agency. Sometimes communication skill becomes more important than production skill there. I might feel it tight a little bit on creative work. However, in order to create a touching piece, I think the process that we find the best way through many communications is also very important. Because I really want to make a touching piece rather than extremely cool one, I always sensitively think of what people feel when they see my work. In any case, this idea is always all the same.

“I always sensitively think of what people feel when they see my work….”

JS: You travel to so many countries. How many have you been to in total? What was your most favorite country, and your least favorite, and why?

TA: I have been to more than 60 countries. It is very difficult to choose my most favorite country. I love to look at the scenery of an unfamiliar town. The farther I move from my life , the more I can see the human common part beyond the way of life and religion. There are so many places in the world and I hardly know their language and their way of living. It is very exciting to travel those places with only primitive communications. In that sense, Afghanistan and a deep area of Togo are very impressive countries for me.

JS: We were very inspired by your work for Levi’s, the Traveling Denim project. What can you tell us about that? Whose butt were you photographing in 50 countries?!

TA: I preferably wear same clothes, same bag and same shoes on my trip. When I see the blemish and the hole on the stuff, it reminds of the scene. The changing and fading appearance of the stuff is synchronized with myself. Because my thinking also changes little by little through meeting various people on my trip. I tried to express the process of the synchronism with Traveling Denim.

The woman wearing denim is my wife. She is a good travel partner. 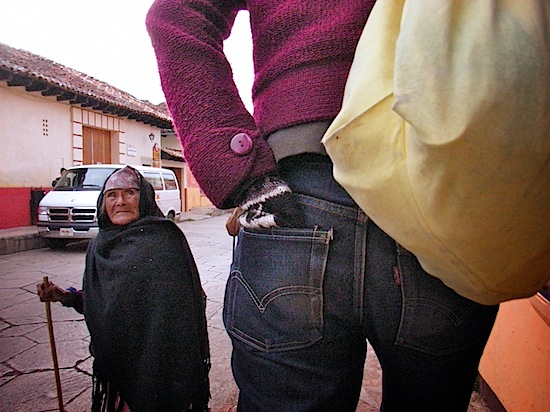 JS: All of your films have a specific rhythm to them. Do you sketch out how the film will go before hand? Do you have a soundtrack playing in your head as you shoot it? What is your process here? How do you select the wonderful music!

TA: I think that the half of my work is decided by music. However, I don’t think about the music while shooting film. It’s my policy that I never direct the object of shooting. I always try to record the atmosphere and the time as things are. I always shoot alone and never take the crew with me.

My editing work is similar to putting together a jigsaw puzzle. It seems like looking for a piece from thousands of pieces and fitting it into a puzzle one by one. As I mentioned before, the sound track is very important for my work.

There are many music lovers around me. They give me the new and inspired music info all the time…

JS: When you were a little boy growing up in Japan, did you ever imagine you would shoot photos and create films for a living? What did your mom and dad do for a living?

TA: My father was a policeman and my mother used to work for an accounting office. I think I was not influenced by my parents about creating film at all. When I was a junior high, they bought an 8mm video camera to record family life. But they didn’t know how to use it. While I was very good at using the camera. So, I was responsible for video camera shooting in my family. And I used to take snapshots from the days of one’s earliest recollection. After digital cameras have become more popular, I have taken digital camera with me all the time and recorded everyday life.

I liked camera but I have never thought to become a professional. On the work site, I am often a director or a producer. It’s only recently that I have gotten the professional knowledge of camera.

JS: What do you carry with you when you travel? What kind of camera and equipment?

TA: I took digital single-lens reflex camera(CANON 5D mark2) with me for the first time on my trip.?It is very useful for my shooting style because it can record the moving image simultaneously while taking still image. I prefer the soft picture by lens of manual to the clear picture by lens of automatic focus. That’s why I always like to use the manual focus lens. 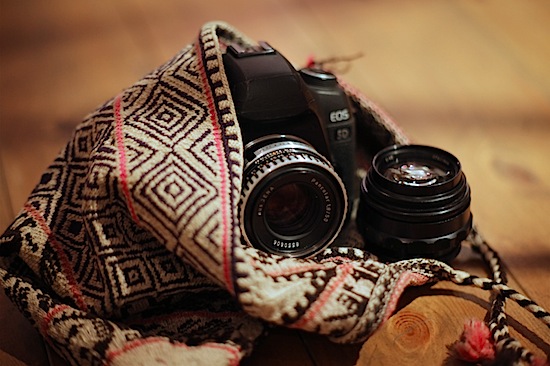 JS: In Many steps for Onitsuka you created a moving story about one of the simplest actions man and woman do every day– one step after another. Did anything surprise you during this project? How alike and united we all really are?

TA: I think human beings are all very much alike. Wherever I go, local people greet to me with smile if I greet to them with smile. When you see their expression face to face, you find out if they welcome you. Meanwhile, it is very difficult to communicate with other animals with facial expression. Is there any person who is doing action that you can not understand in “many steps”? After all, human beings are all very much alike.

JS: How many countries was Many Steps created in?

JS: How has Japan influenced the way you see the world around you? How is Japan different than the rest of the world?

TA: It is very difficult to explain Japan as a Japanese. I think it is true to understand about your country only when you go out. Let me share my experience in Mexico instead of answering the question. When we traveled in Mexico with American friend, Mexican friend kindly invited us to stay at his house. His family prepared wonderful Mexican dinner for us and we enjoyed it with his family. After dinner, my wife and I thought that we should wash the dishes in return for their hospitality. But we also thought that the family may want us to not touch their kitchen. So we were at a loss what to do at the moment. American friend heard our conversation and told to us “Do whatever you want!” But we can not do whatever we want because we think about other people too much. I think it is very typical characteristic of Japanese people. For better or worse, this point is very different from other country’s people.

JS: What’s next for you? Where are you off to now? New projects on the horizons?

TA: My main purpose is to express the world of 6.7 billion people by the film. So I’m really trying to record as many people as possible through the trip. New project…well… I would like to create “a world clock” by connecting the image of a second from all over the world.

Thanks Onitsuka Tiger, and thank you Takayuki!